The building where I work is located directly on the Spree river, and across from it on the opposite bank is an empty lot populated by squaters. They set up a camp on the space in hopes that occupying the land will save it from being developed into more office buildings (as much of the land along the Spree already has been).

Here are a couple pics I snapped during my lunch break yesterday as I walked through the little shanty town: 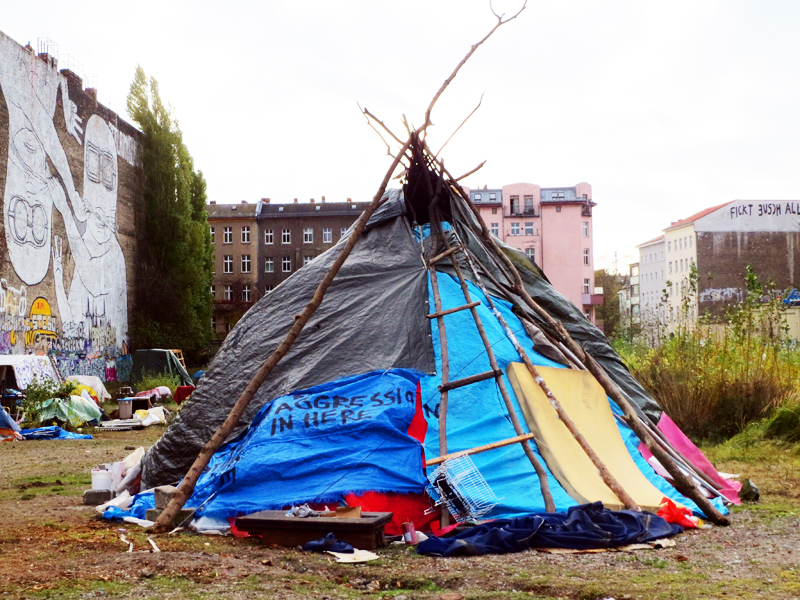 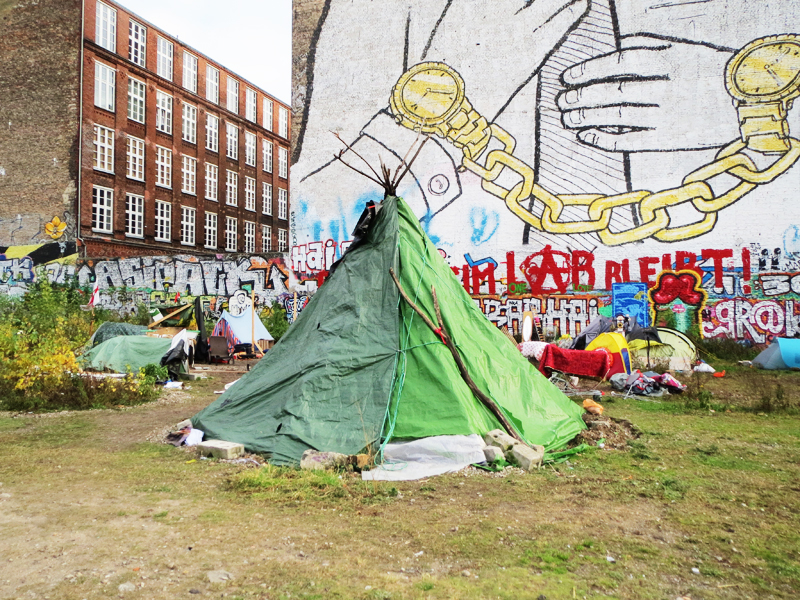 They've been living there since the spring, but I wonder how much longer they'll be able to stay before the cold forces them out. Berlin winters aren't as bad as Chicago winters, but they're still pretty sucky, and I definitely wouldn't want to be calling a plastic teepee home come February. Although, who knows. Maybe they are magic teepees.
Collapse