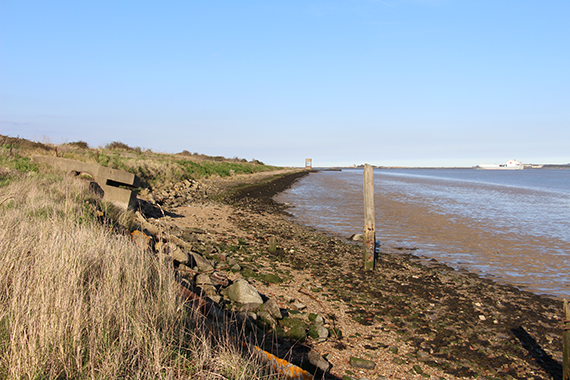 Bones lay scattered among the broken bits of pottery and glass, as the Victorians had dumped the bodies of previous generations (ie, people in wigs) in the garbage to make way for new bodies in the London cemetaries. By the way, that's a little bunker on the left in the above photo, snuggled into the riverbank. The area was fortified during WWII but never saw much action, only one enemy plane was ever shot down. 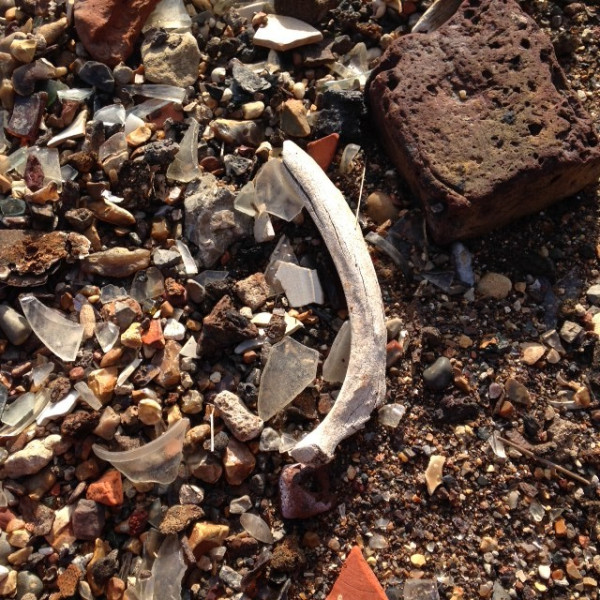 We walked as far as we could until the rocks made the way impossible. 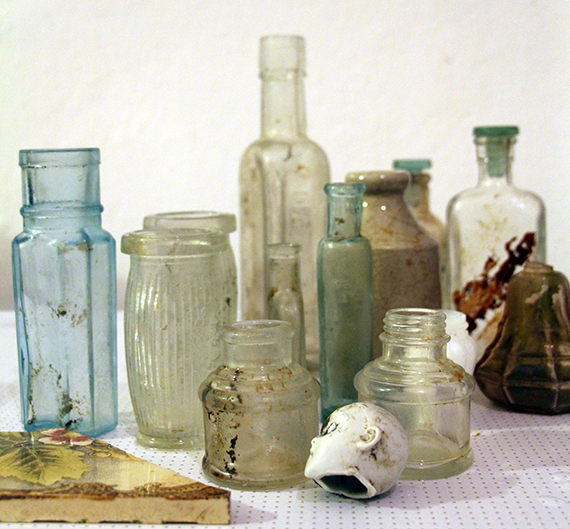 Now my treasures need a good wash. Yellow Fever and all that.
Collapse